Damages from Breach of Contract

A major fuel wholesaler was accused in Federal Court of engaging in anti-competitive behavior, including violations of the Robinson-Patman Act, and violations of the "good faith" price provisions of the Uniform Commercial Code (UCC), Section 2-305, on open price contracts. Open price contracts are common in the fuel industry. Under such a contract, retailers commit to purchase its fuel needs from a wholesaler, and the wholesaler, who generally has the right to set and change wholesale prices over time, is required by 2-305 to set those prices in good faith. The plaintiff, an operator of a sizable group of retail gasoline stations in a major U.S. city, claimed that the fuel wholesaler violated its good faith obligation by unfairly increasing the wholesale prices it had to pay relative to what other wholesalers charged, and increasing the wholesale prices it had to pay relative to what the wholesaler's other retail customers had to pay. An expert report commissioned by the plaintiff purported to show a lack of good faith and calculated damages in excess of fifteen million dollars.

Dr. Noel was retained by the wholesaler to opine on whether the prices charged to the plaintiff were consistent with the good faith provisions of the UCC, including whether its wholesale pricing had changed unfairly over time, and whether it had charged similarly-situated retailers differently. Dr. Noel performed a series of empirical analyses in which he showed that the wholesaler's pricing to the plaintiff was competitive, consistent with its past pricing practices, and consistent with its pricing to other similarly-situated customers.

Dr. Noel also showed that the opposing expert's report contained numerous errors and omissions that made the damages estimates in the report unreliable. In some cases the required analyses were missing, in others the expert relied on selected anecdotes instead of the available data, and throughout the expert failed to compare apples to apples - by comparing the prices of different grades of fuel to one another, comparing the prices of fuel purchased from different terminals, and even comparing the price of fuel purchased at very different times (when crude prices were also very different). The opposing expert, in a follow-up report, conceded that Dr. Noel's calculations and conclusion that the defendant's wholesale prices were competitive was likely correct.

In rendering his decision, the judge paraphrased large sections of Dr. Noel's economic analysis and also quoted the opposing expert's admission that Dr. Noel's analysis was correct. The case was dismissed in its entirety on summary judgment in favor of the defendant, and the district court's order was subsequently upheld on appeal. 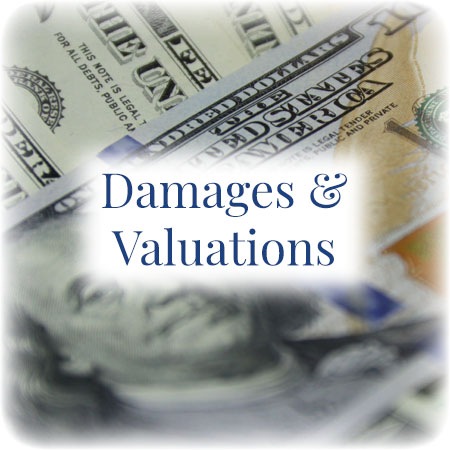